Cleveland Metropolitan School District (CMSD) is the second largest school district in Ohio and serves approximately 39,125 students. United by a shared vision to be a center of excellence and a benchmark for K–12 education, CMSD’s administrative leaders and teachers are leveraging technology to deliver personalized learning opportunities that consider the individual learning styles, program preferences, and academic capabilities of each student.

The district’s IT department recently deployed its Infrastructure, Convergence, and Enablement (ICE) initiative to support and facilitate this vision and provide CMSD’s students with enhanced and empowering 21st century learning opportunities. As part of this ambitious undertaking, the CMSD team in conjunction with its vendor partner Education Networks of America (ENA) impressively deployed approximately 6,000 phone handsets in just under seven months.

The district’s ICE initiative is centered on building and sustaining a robust network infrastructure that supports the convergence of new technologies to promote student enablement. CMSD’s IT team launched its initiative by deploying a new, managed wide area network (WAN) and cloud-based telephone system (VoIP). The team set an aggressive timeline and completed both projects ahead of schedule and under budget—an impressive achievement for any school district, let alone a school district the size of CMSD.

Although some school districts may be hesitant to deploy a project of such magnitude, Cleveland’s IT team was eager to get started. “We have been working toward achieving IT simplification at CMSD. That has been one of our driving principals,” says Curtis Timmons, CMSD’s Deputy CIO. “To simplify, we knew we needed to converge our infrastructure. We didn’t have a lot of funding to make capital investments so we decided to approach this initiative from a service perspective, classifying it as an operational expenditure verses a capital expenditure. Our move to a cloud-based VoIP service aligned with this strategy and enabled us to simplify our processes by converging our network and phone system together.”

Providing CMSD’s students with reliable access to robust connectivity is one of the cornerstones of the team’s ICE initiative. “Upgrading our infrastructure was an absolute must for us because the infrastructure we had in place was very old and outdated,” says Rosie Tufts, CMSD’s Executive Director of IT Operations. “We required more reliability and throughput to support our students’ escalating digital needs as well as meet our state’s assessment and testing mandates. Network connectivity is more important than ever within our district, especially for our telepresence program, science and medical schools, new aerospace and engineering schools, and digital art school. They require reliable Internet access at all times.”

Streamlining and enhancing the district’s communication platform was also a critical component of the IT team’s ICE initiative. “Our environments were very complex,” says Timmons. “We had schools using different prefixes, and we were supporting approximately 32 different PBX systems that were at end-of-life and had been for several years.”

The IT team put together their infrastructure strategy and received approval by chief level executive leaders. “We were able to attain the buy-in we needed because our plan benefited every stakeholder,” says Timmons. “The strategy was essential to support the district’s future academic plan, deliver cost reductions while boosting efficiency, and provide students with more robust access to online learning tools and resources. Another appealing benefit for executive leaders was the feasibility of installing a phone in every classroom and the safety reassurance the new ENA SmartVoice solution provided regarding 911 calls.”

Having secured the approval of invested stakeholders, CMSD’s IT team began crafting a detailed request for proposal (RFP) for WAN and VoIP services. “When we started the RFP process, we first determined where we wanted to go and what we wanted to achieve,” says Tufts. “We did an extensive amount of research, reviewed the RFPs of other school districts, and consulted with our E-rate expert.”

The Cleveland team created very defined objectives from the outset of the project. “From a business perspective, we wanted to consolidate our vendors, reduce our cost structure, focus on IT simplification, and transition from capital expenditures to operational expenditures,” says Timmons. “We were very meticulous how we structured and wrote our RFP to ensure we satisfied all those stipulations. To assist us in the evaluation process, we created a rubric that enabled our panel of reviewers to better assess and measure the responses. We also included our E-rate consultant partner to make sure we were compliant with E-rate guidelines.”

After conducting a thorough review of all the proposals, CMSD selected ENA’s managed WAN and VoIP solutions. “The review process was very laborious,” says Tufts. “We read over each proposal with a detailed lens. We selected ENA because they provided the most number of items requested in our proposal.”

ENA’s education-focused approach was a big draw for the district. “We wanted to move from a vendor network to a partner network,” says Timmons. “We felt like our previous providers were more vendors than partners. We liked that ENA only serves education and library communities and is dedicated to supporting the efforts of K–12 schools. For ENA, it’s more about enabling students whereas our previous service providers were more concerned about dollars and cents. Our ENA partnership brings more value to us because we both think about additional service components that will benefit CMSD’s students. The corporate vendors we worked with in the past didn’t share that same vision. We knew we needed partners—not vendors—to support our ICE initiative and make it successful. That’s one of the primary reasons we chose ENA.”

A districtwide technology deployment typically strikes fear in the hearts of even the bravest IT team members. CMSD’s fearless and ambitious IT team had the opposite mindset and welcomed the transformation with open arms. “We devised a marketing strategy to make sure our users understood the benefits of what we were doing,” says Tufts. “That enabled us to lay the groundwork and be as aggressive as we were with our timeline, especially the VoIP project.”

“We distributed a lot of detailed communications and created informational posters, and I conducted presentations to different audiences,” adds Tufts. “When people learned about the great benefits of the new phone system, they were excited about the project and couldn’t wait to get the phones installed. We also provided our users with multiple training opportunities to ensure they were comfortable with the new technology.”

The deployment of ENA SmartVoice and the new managed WAN was a smooth and seamless process for CMSD. “We worked closely with the ENA team during the implementation process,” says Tufts. “They have a lot of experience working with schools on large deployments like ours.”

Curtis Timmons, Deputy CIO, agrees that having a great team in place and socializing the benefits of the new VoIP system were instrumental factors in successfully deploying the solution two months ahead of schedule. “It all goes back to preparation,” says Timmons. “You need to have a good plan in place and execute against your plan to be successful, and that’s what we did. Through our marketing efforts, we communicated the benefits of the new phone system to our entire staff. When they realized what an improvement ENA SmartVoice was over our previous system, they embraced the project and helped us move it forward at a rapid pace.”

Although the technology is still new, CMSD’s leaders and staff members are already enjoying the perks of having a new cloud-based VoIP communication platform. “We are receiving a lot of positive feedback, especially regarding the contemporary features that are included with the new system,” says Tufts. “I personally love the ENA SmartVoice Go App. Our team is very mobile, and we are often away from our desks. I love that I can still receive calls to my cell phone when I’m traveling, and I have access to my contacts. Our district does not have an online phone directory, so the ENA SmartVoice Go App and ENA SmartVoice’s online portal provide our executives with up-to-date access to other staff members, something we didn’t have before with our previous phone system. Additionally, our teachers are thrilled to have a phone in every classroom. Before, they had to wait for a break to go find a quiet place in the building to call a parent using their cell phone. Now, they have the privacy they need.”

The mobility afforded by the new voice platform has been a tremendous asset for CMSD. In addition to the ENA SmartVoice Go App, the IT team greatly appreciates the new system’s plug-and-play functionality. “From a technical perspective, it is great because you can just plug in a handset and it works,” says Timmons. “We no longer need a certified telecom expert to assist us like we did in the past. Our field support technicians can provision our phones and deploy them. We love that we can treat a phone like any other device on the network.”

The overall ability to “unplug” and wirelessly connect has enabled CMSD’s teachers to create more collaborative learning environments for their students. “In the past, our teachers were really limited to where they could position their desks in their classrooms due to infrastructure constraints,” says Tufts. “Now, they can move their wireless desktop computers as well as their phones wherever they want, enabling them to reconfigure their classrooms in ways that support and encourage student collaboration. I think that has been one of the biggest benefits of our ICE Initiative.”

ENA SmartVoice has also streamlined the district’s operations in a number of ways. “We recently had a big personnel move occur within our district, and it was wonderful because their phone numbers did not change,” says Tufts. “Additionally, the procurement process has become much more streamlined. Before, when a department or school wanted new phones, they had to buy the phones themselves and pay for the service fees associated with those phones. Now, we keep a supply of phones on-site, and we can deploy them in a couple of days.”

From a cost perspective, the new VoIP system is saving CMSD critical funds that they can now allocate toward supporting other initiatives and projects. “Per Ohio law, there has to be an emergency communication device in every classroom,” says Tufts. “Having a phone in every classroom satisfies that requirement, so now we don’t have to spend extra money purchasing and installing additional security devices.”

ENA’s managed VoIP and WAN solutions have enabled CMSD’s technology team members to shift their focus toward supporting other key projects. “We’ve been working on changing our IT culture and transitioning away from the silo-type mindset to a more collaborative approach,” says Timmons. “We have certain core values that we have built, and our team shares one cohesive vision. The ICE initiative empowers our team members with the ability to grow and broaden their skills to support these core values. By moving away from our previous system, we have freed our staff members from purely ‘technical’ work and enabled them to branch out and focus on other projects that develop and strengthen their management skills.”

With the VoIP and WAN upgrades behind them, the CMSD team is now turning its attention toward implementing additional new technologies to support and enhance Cleveland’s learning environments. Based on what they’ve accomplished thus far and the strong vision they’ve created, the future is bright for this ambitious and progressive school district. 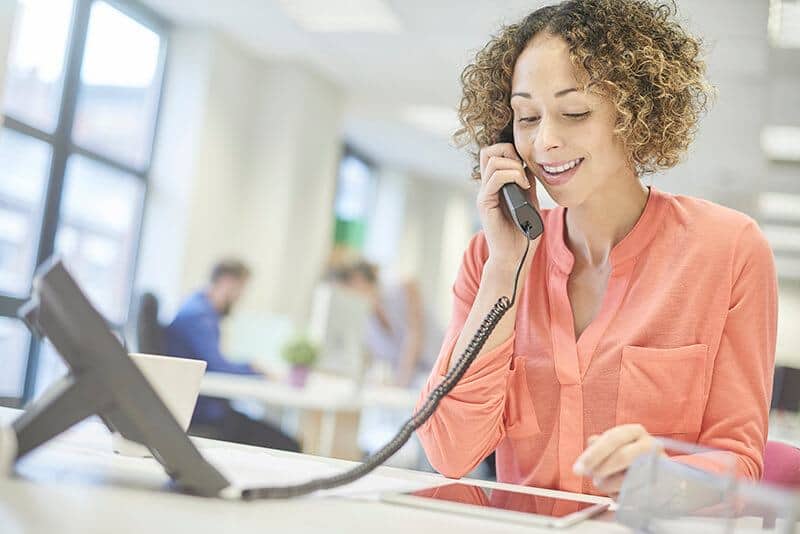 CMSD’s students and teachers are fortunate to have such a forward-thinking and innovative IT team working with them to produce positive outcomes in the classroom. They’ve shared a list of recommendations other educational communities can implement to replicate their success: